Breastfeeding is hard. Not just physically, but it is an emotional rollercoaster on its best day (mostly in the beginning). Constant fear of producing enough, mixed with the pressures of finding time to either stop and pump or stop to nurse becomes overwhelming at times. Not to mention dealing with any negative comments from people in the public or having to overcome challenges like a tongue tie on your sweet infant and inverted nipples on momma.. It´s rough. && IT is a LOT of pressure. I approached breastfeeding with the mentality that it was natural, people have done it since the world began, and I just had to tell myself I would produce enough only to over think it to the point of going to check my stash in the middle of the night to be sure I had plenty. Sound familiar?? Let me just say- it DOES get easier. Eventually it WILL feel natural because you will have your routine down…. but that routine takes TIME! Be patient with yourself. Don´t give up. The less you stress, the easier it will be. Just enjoy the journey.

Just a little insight about me and my journey with breastfeeding::

With my first baby- Knox, I was ADAMANT that I would be breastfeeding exclusively. I had heard so many people tell me that they couldn´t do it, which is not always the case, there are a few factors that play into why they ¨couldn´t do it¨. Some told me they made it a few weeks and were ¨over it¨, but I knew how important it was to me to make it a full year, so I just brushed their comments off and mentally checked myself with the ¨you can and you will¨ pep talk. I just knew I would push through the challenges, and I think that is what allowed me to do it.

I will say, my journey was made SO MUCH harder when it took 5 days for my milk to even come in…. FIVE DAYS. Let that sink in…. Now let me just tell you, watching your baby be hungry for FIVE days is a different type of sick torture. Yes, I continued to nurse that entire 5 days, and Knox did get the colostrum, but it just wasn´t filling enough for him after a handful of days. The delay in milk is what I THINK people mean by they ¨Couldn´t do it¨ because many people have no idea that your milk doesn´t just pour out the day you bring your love bug into the world; it takes time for your milk to come in, and I have seen many articles stating csection mommas take a little longer- not sure if I believe that one or not.

Going in to this journey, I knew that formula changes the lining of the gut, and using a bottle could develop nipple confusion, so I refused both. I would not give him formula, and he would not even have the option for a bottle. I just nursed, then pumped on repeat.

There are mixed reviews that say not to pump until your milk has balanced out along with your hormones.. This is a personal preference situation, but if I could go back in time and do it any way I wanted- I would still pump exactly like I did the first time. When I would pump, I would get colostrum. Colostrum is basically the beginning of the milk and full of antibodies for those of you thinking I´m speaking another language.. it holds the baby over until the milk is fully in.. If I had to compare colostrum to something for adults.. I would say broth. Eating/drinking broth. Not a cheeseburger, but broth…. see, it would hold you over- but you´re going to get hungry knowing that burger is almost done cooking.. Just like Knox did on day 3 when he was over colostrum and ready for my milk to come in.

I had SO MANY people advise me to use a nipple shield because it worked for them..I did attempt this on days 2&3. I was desperate for anything because I was determined.. I would invert the shield, lay it on my nipple, then it would form into place which pulls the nipple out a little—>> TMI COMING::(The other hardship for me was that my nipples were innys not outtys so the flesh had to be physically ripped out around it before Knox managed to get a great latch. This isn´t the case for every momma with inverted nipples, so don´t be discouraged. Plus it sounds way worse than it actually was. Your nipples will be sore either way, so it is okay! Just part of it. Thank goodness I had a shield on when that happened, and no blood went in his mouth). The down side to a nipple shield is that you´re not having that skin to skin, and your baby is not doing the work to pull your nipple out in order to nurse.

Between feedings, instead of supplementing with formula, I filled a medicine syringe with my colostrum I had pumped and placed it at the tip of his tongue. That method allowed for Knox to get a little more full, and continue to bring his tongue out how he would have to do in order to breastfeed. No bad habits were formed, and my baby was not starving. My milk did come in full force on that 5th day and by that time Knox was ravenous, my nipples were in horrible condition, and I had what´s called ¨milk fever¨ which happens to a lot of women when their milk comes in- it goes away within a day or two but causes fevers, aches, lethargic moods, etc.

After my milk was in, Knox was a nursing fool!! He would nurse facing down (his favorite) or up, on his side, in a stopped vehicle, you name it, he nursed it. With him, I learned that what you eat DOES matter and DOES get to your baby. I say this because I ate some chili on two different occasions, 1. when Knox was only 2 weeks old and he was in SO MUCH PAIN from gas and he just had an allergy to chili powder I later found out, and 2. I didn´t realize it was used in my solid cheese enchiladas… but Knox noticed…. back again with his major stomach pains. I was extremely cautious after. We nursed until he was 1 year 2 weeks old… right when I found out I was pregnant with Aspen…..

Baby #2, my sweet Aspen, came along, and she nursed completely different from Knox. It was like relearning to ride a bike.. My milk was in the day after I delivered, and she latched without a problem. If you have issues with the latch, talk to your lactation consultant. My technique is to hold my pointer and middle finger in a horizontal direction with my nipple in between.. then ROLL it in the babies mouth starting at their bottom jaw.

Aspen has been had been a completely different experience for me than Knox; it was easy with her from day 1, so I was lucky there.. but I also knew what to EXPECT.. that changes everything. Plus, I had frozen breastmilk left over from Knox that I would syringe between feedings on day 1. Continuing to nurse is the key to getting your milk to increase, come in, and get in the routine/in sync with your baby..

With both of my babies my hormones were NOT on my side. I have always been told 2 main myths about breastfeeding: 1. if you breastfeed, you won´t have a period, and 2. the pregnancy weight will just fall off you. WRONG!! (For me anyway). Every single month I had a period, and every single month my milk supply would plummet from pumping 9 ish ounces in the morning, to MAYBE getting 5. To combat this, I drink a baby blue gatorade and eat oatmeal. For snacks I tend to take a shake to work anyway, but during this week, I take what I call my ¨lactation smoothies¨ and it´s basically just blueberries (great for milk), banana, ice if your fruits are fresh- if you use frozen fruits you can ignore ice, almond milk, and oatmeal that I either used AFTER I blended it up to the texture of a flour, OR you could use baby oatmeal for the same results. I would throw spinach into the mix also. You don´t really taste it, but it has great health benefits. I usually started these a day or two before the start of my period. IF you are struggling with wanting to produce more milk this is a great trick to try before spending tons of money on other remedies. There are also things like lactation cookies and brownies. I made a batch of brownies two times, and I didn´t see a major change in my milk but the scale saw a change because I had a major sweet tooth while nursing, so those cookies didn´t stand a chance 🙂 Haha! That´s why I stick to my first trick.

& That´s a wrap! There is so much more to breastfeeding and even to my journey if you can imagine that after reading this novel.. The point is—>> it really DOES get easier. It does become natural, and your baby will benefit so much from you pushing past the hardships to do this for them. If you need any help (I´m not a lactation consultant, but I would love to talk to you mom to mom and help you on your journey) or if you would like to share your breastfeeding tips and tricks feel free to reach out to me! I would love to hear from you. 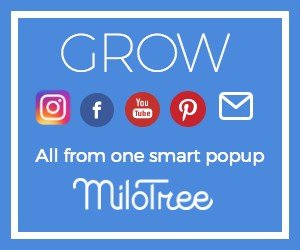